Growing up I used to really enjoy playing an arcade game called Cyclone. The game consisted of a ring of small light bulbs. A moving light target would travel around the ring while the player tries pressing their button at the exact moment in which the light was directly in front of them (between two neon arches). If successful, you would be rewarded with a satisfying stream of glorious tickets.

I thought it would be fun to recreate this experience by building an arcade game of my own, ticket dispenser and all. 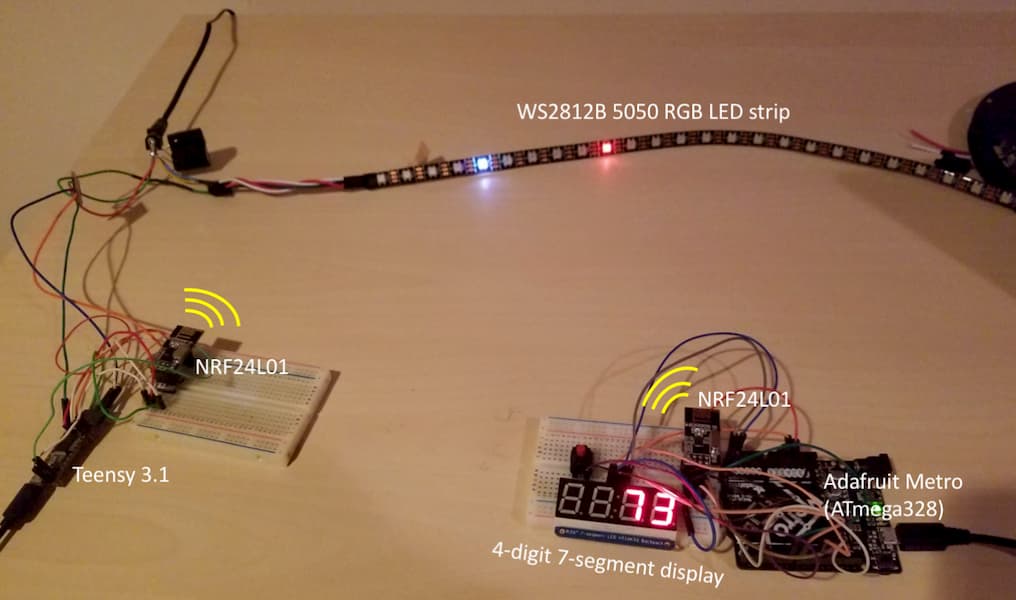 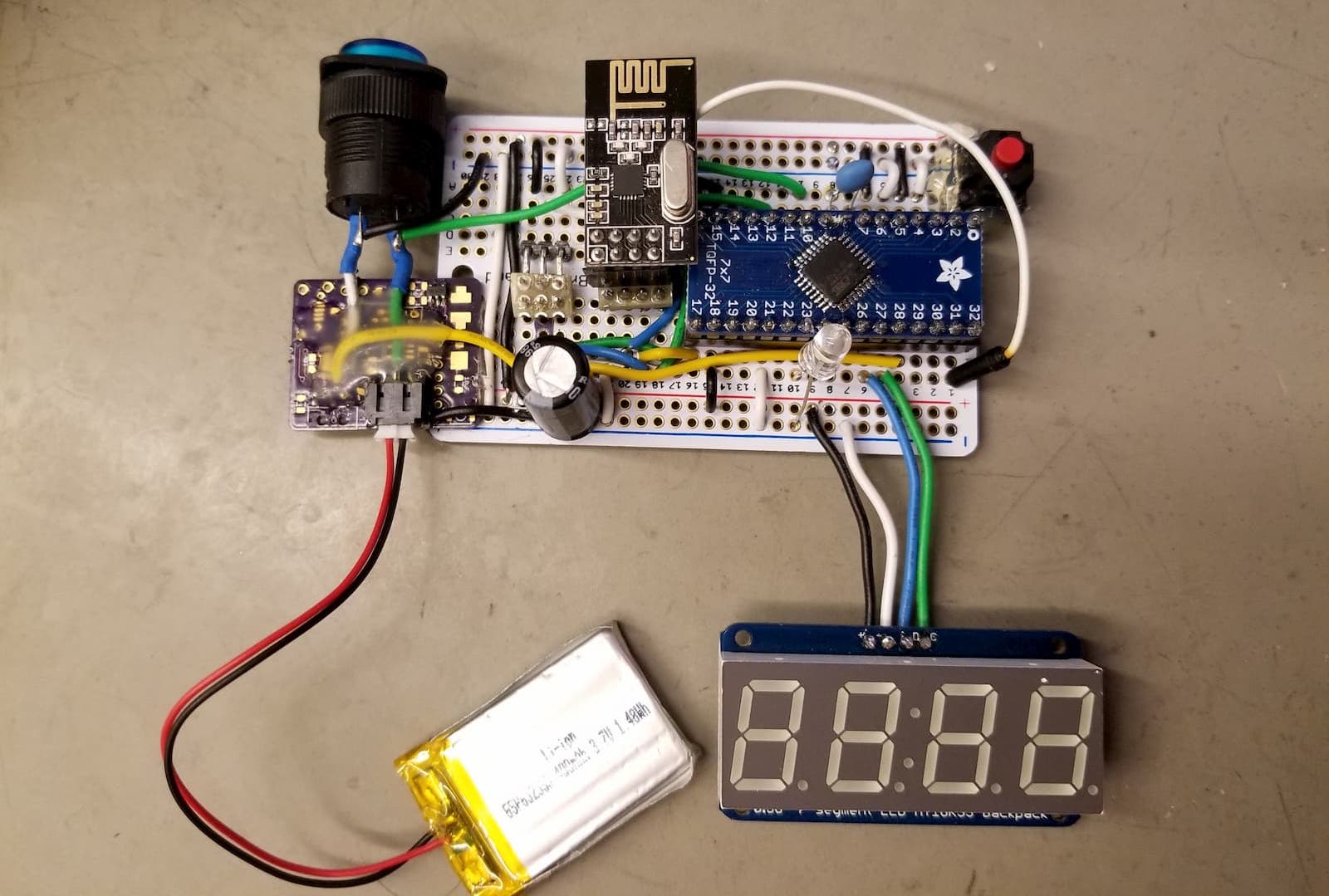 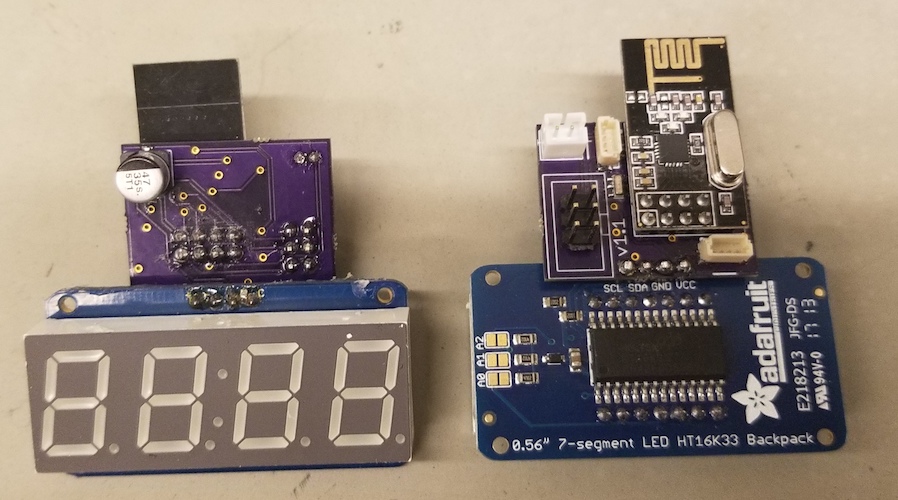 Inside the finished assembly 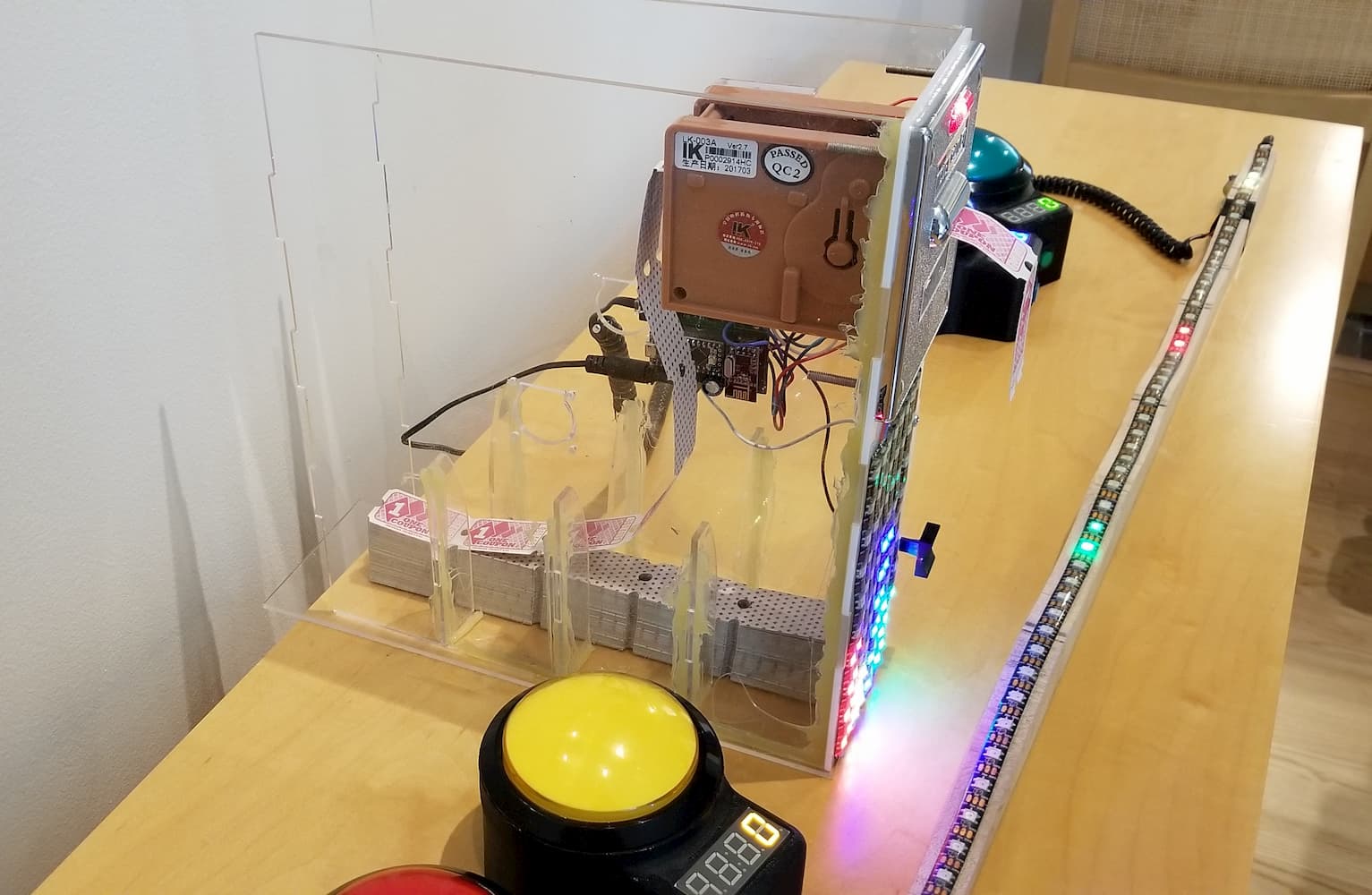 A stationary target white LED (the bandit) appears randomly along the strip of LEDs. Each player has their own colored cursor that is moving back and forth along the strip. The goal of each player is to stop their colored cursor on top of the target light (catch the bandit). Every time a player catches a bandit, they get a point, and their cursor increases its speed. The increase in speed can be an advantage because you can get to the next bandit location quicker. However, the speed increase also makes the game more difficult because your reaction speed must improve given that your cursor is at each location for a shorter length of time.

In single player mode, you race to catch 10 bandits. Your time is recorded on your buzzer. Compete with yourself or others by keeping a written record of the fastest times.

4 players are trying to catch the bandit at the same time. The first player to catch 10 bandits wins tickets!